How to Care for Cherry Tomatoes from Your Balcony

When I was a teenager growing up in Vietnam, I watched this Korean soap opera. I can’t remember the name or much of the plot now, but it’s probably a tragic love story. It almost always was with Korean soaps of the 90s. They are still very popular in Vietnam, but I have lost touch with home television, so I don’t know if the topic has widened.

Anyway, Korean producers have the knack of romanticising small little thing, and in that series, it was a tomato plant. For years, I really wanted to grow tomatoes.

As I became older and moved away, I kind of forgot about the idea until one day. I was given a little box at the supermarket counter. In the Netherlands, when spring comes, supermarkets like AH give out boxes with seeds in some compost. You might not know this but the Netherlands is really into growing food. This little tiny country is feeding the world. 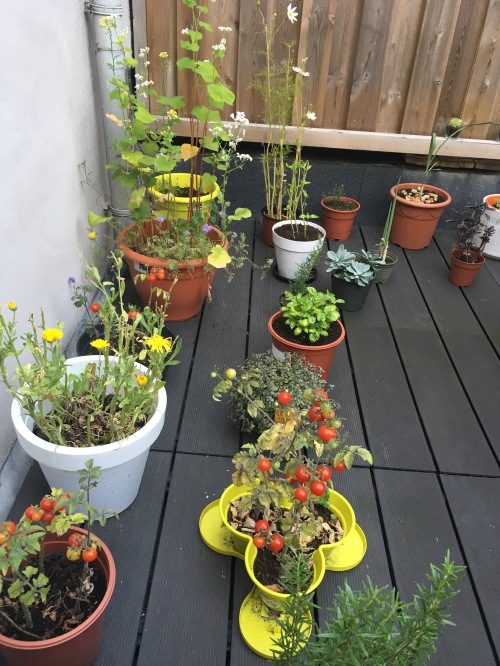 When I took the tomato box home that day, I thought of a fun idea. I brought it to work the next morning and started a tomato pot on my desk. It’s a shame to admit that I neglected it. No, I didn’t come into work at the weekend to water the tomatoes. Even on work days, I didn’t always spare much attention to the plants. Somehow, the pot kept going for a couple of months.

That summer, I left the office. The plants went home with me and were repotted into container three times the size. As the branches grew out, I used a broken chair to support the skinny arms. 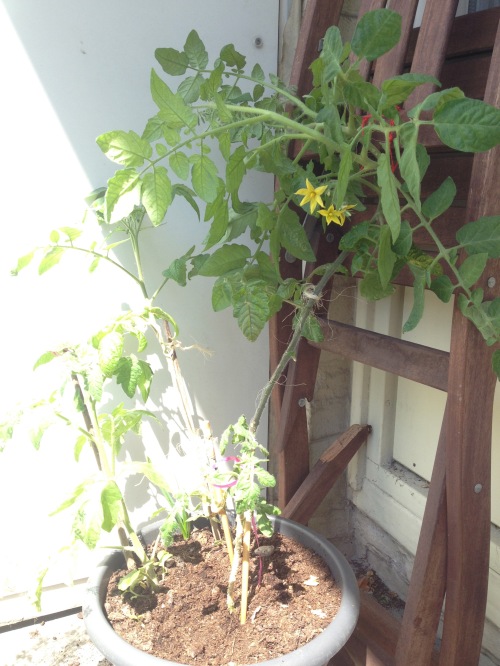 To my amazement, I had some cherry tomatoes later that year. There weren’t many fruits, but considering the lack of care, I was more than happy to see any at all. I have grown more cherry tomatoes with better results ever since.