The situation is that I am in the Netherlands while my boyfriend is in Bulgaria. Needless to say that my family and my BFF live in Hanoi as well as Vietnam and the UK have the rest of my friends. In the whole of Amsterdam, I sort-of know three girls whose flat we stayed in when we first arrived. I do not even have their numbers because my boyfriend was the contact point. Except for the time I solo traveled Southern UK, I have never been so on my own.

I went out for a walk in the city centre. I got myself lost – which was foreseeable. My phone came to the rescue with its temperamental 3G connection. I was checking Google map when a family stopped nearby to take photos. It was cute. The son tried to snap moments  either when his parents were not moving or there were no picture-spoilers, like me, in the background. I grinned, and felt like missing my folk a bit. Then I heard the mother said something like ”Mùa này không phải mùa hoa tulip nhỉ” – which means ”It is not tulip’s season, right?” in Vietnamese. Another grin on my face. It was nice to hear Vietnamese even though I was too shy to talk to them.

I walked past a pub where it sounded like all the Scottish living in Amsterdam or nearby were drinking outside (I found out later that Celtic were playing here today). They sang loudly. They reminded me of the Geordies of Newcastle for the similarity in accent thickness and public drinking and singing. Perhaps I miss Newcastle quite a bit. The Toon holds a piece in my heart always.

I went for a run in the rain. It rained half of the time since I start running here. As if we had relocated back to Newcastle by mistake. Once I came to support my friend Van in his Great North Run in the rain. He told me he found running easier then. I hid under my umbrella and secretly considered him as being nuts. Now either that I understand how he felt or that I turned nuts as well. If the latter were true, it would not be because of me being on my own. It is good to be all alone sometimes. 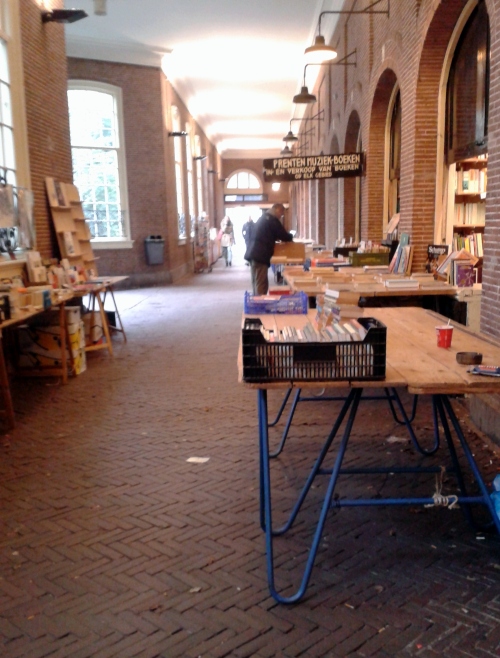 This entry was posted in Live. Explore. Learn. and tagged alone, Amsterdam, life. Bookmark the permalink.