On King’s Day, the whole city of Amsterdam turned into one big orange party with celebrating music and exuberant crowd. 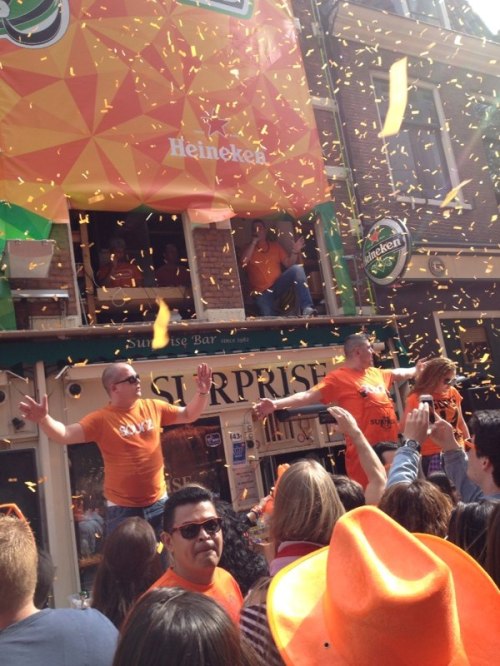 Boats are overloaded with party goers, drinks and speakers. They packed the criss-cross canals of  Amsterdam centre. Some boats are made by floats tied to each other and covered in orange canvas. I was surprised they survived the craze of traffic along the canals.

Bridges are overloaded with people enjoying drinks, food, and music that came out from nearby restaurants/bars or passing boats.

Streets are overloaded with traders. They set up “stores” in every corner to sell everything from books and clothes to laughing balloons. I was told that many people camped over night to get a good spot for their “stores”. 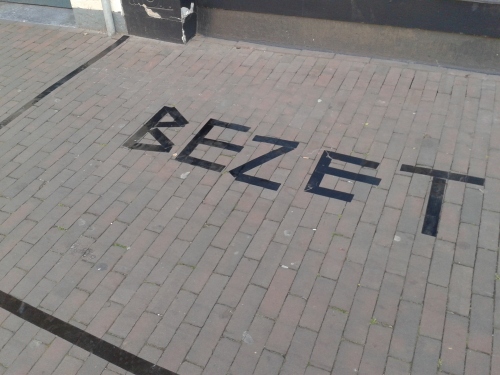 I also did see a lot of plain marking like this four or five days before King’s Day. We felt like a real Dutch when we bargained for some speakers in our neighbourhood park.

I have never seen any party that widespread and crazily friendly. People traded, danced, got drunk and high. There were plenty of food, drinks, laughter and joy.  Just amazing!